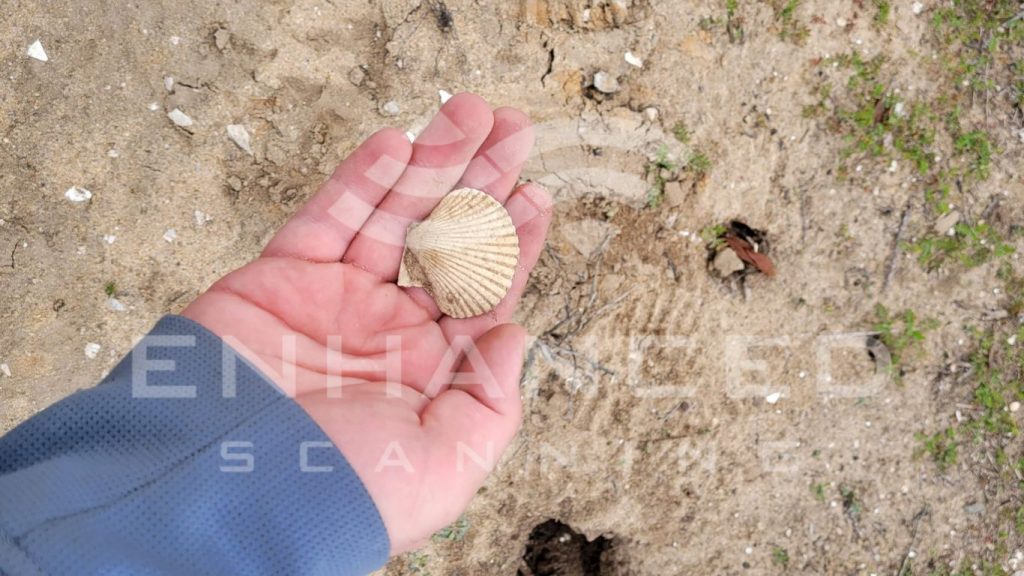 If you caught our blog about the time we discovered whale bones, you already know that ground penetrating radar has a proven place in paleontology, but it also has a place in the toolbox on archaeological sites.

Ground penetrating radar allows archaeologists to explore a dig site before breaking ground. By completing a GPR scan, archaeologists can uncover the most likely places for buried artifacts, discover any soil structure changes, and identify any risks for damage.

No two archaeology jobs are the same, however. Sometimes you have to accommodate budgetary constraints or look for very small anomalies. Our job in the La Jolla peoples’ region in Southern California required both.

When using GPR in archaeology, best practice is to leverage as many technologies as possible to confirm and verify your findings. Generally, when we get called for a GPR scan on an archaeological site, we use both ground penetrating radar and a magnetometer.

The reason we use both tools is because they have different strengths. For example, GPR can detect differences between soils and non-soil materials such as metal, PVC, and bone. In contrast, a magnetometer can locate the distinctive magnetic anomalies present in burnt materials (aka hearths) and other anomalies.

Unfortunately, the budget for this particular project didn’t allow for both a magnetometer and a GPR antenna. Since we’re all about solutions here at Enhanced Scanning, however, we found a way to work within their budget and gather the data they needed.

Locating these rocks would indicate that they had inhabited the area and had not just passed through. The archaeologists wanted to check a large area (about 130 feet by 80 feet) near a beach, and they planned to use ground penetrating radar to help find evidence of the structures underground so they could determine where to excavate. Since it was far enough from the ocean shore, the sandy soil was very dry.

Thankfully, that dry sand is among the best types of soil for a GPR scan because the sand does not attenuate the radar wave as much as wet sand, clay, or mud would. Anything with high salinity is also a problem for GPR. The site conditions allowed our GPR antenna to pick up on changes in subsurface electrical properties, called dielectric constants, quite effectively. For example, when we looked for a whale fossil, the oxidized bones that we found had different dielectric value from that of the surrounding sand. Ground penetrating radar was able to detect that dielectric contrast.

In this case, we needed ground penetrating radar to detect the dielectric contrast  between native, or in situ, soils and that of rocks that had been brought in from other places. If we could discern the presence of rocks in the data, and those rocks formed any patterns, like an arc or a 90-degree angle (i.e., features  that don’t generally occur in nature), this could indicate that the indigenous peoples had built something there.

The Secret Sauce: Diligence and Discernment

On a typical project, like when we’re looking for a steel pipe underground, we create a grid of transects, generally every three to five feet. This is because a steel pipe is long enough to be detectable at numerous points during our scan. But on this project, the grid needed to be much tighter because we were searching for any small anomaly that showed a dielectric contrast from the in situ soils. In this case, our transects were on twelve-inch centers.

In total, it took us about twenty hours to complete over five hundred transects. 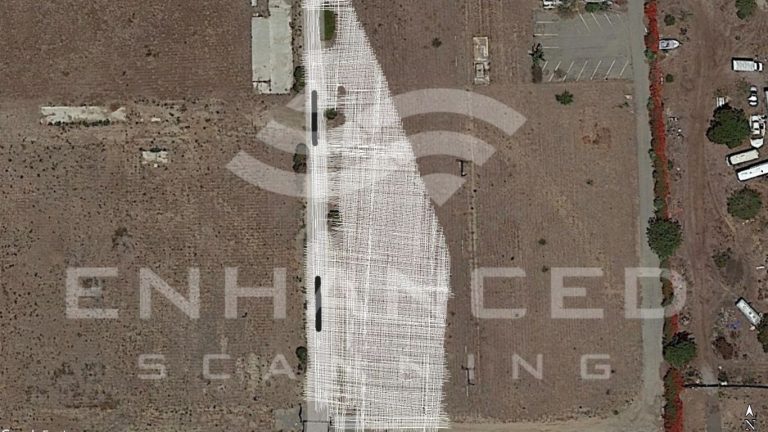 The key to finding these rocks was to capture tons of data. Archaeological and paleontological projects differ from other more common types of GPR scanning like utility locating where we mark targets as they’re found.

Instead, for archaeological projects, we collect and take the data back to the office for processing to identify areas that indicate a need for further investigation (i.e., where the archaeologists should dig). At the end of the day, we’re data collectors. We collect the data, report on our findings, and the client decides what to do from there.

We use a program called Geolitix to process the data, and then we create a cube of data with x, y, and z data points. Then, we slice through the data to find anomalies.

For instance, maybe we find nothing the first foot down, but then some anomalies start appearing two feet down and are really evident three feet down. Then, at four feet down, those anomalies start disappearing, and at five feet down, no anomalies are noted. This sort of granularity helps archaeologists narrow down a time period during which the people might have inhabited the area.

On this project, the archeologists discovered quite a few “middens,” which is an archeological term for domestic waste piles that consist of clusters of food refuse. Specifically, these were shell middens, which are made up mainly of mollusk shells.

On Ground Penetrating Radar for Digs: How to Use GPR for Archaeology

At Enhanced Scanning, we always work with our clients to ensure they get the best results possible within their budget. Our approach was no different for this project.

We spent over twenty hours collecting data and then more time processing the data to help ensure this GPR investigation was a success. We scanned in a tight grid to ensure we wouldn’t miss anything, even the hard-to-spot things like the difference between rock and sand.

If you’re interested in using ground penetrating radar for your next archaeological dig, contact us today to set up a consultation.