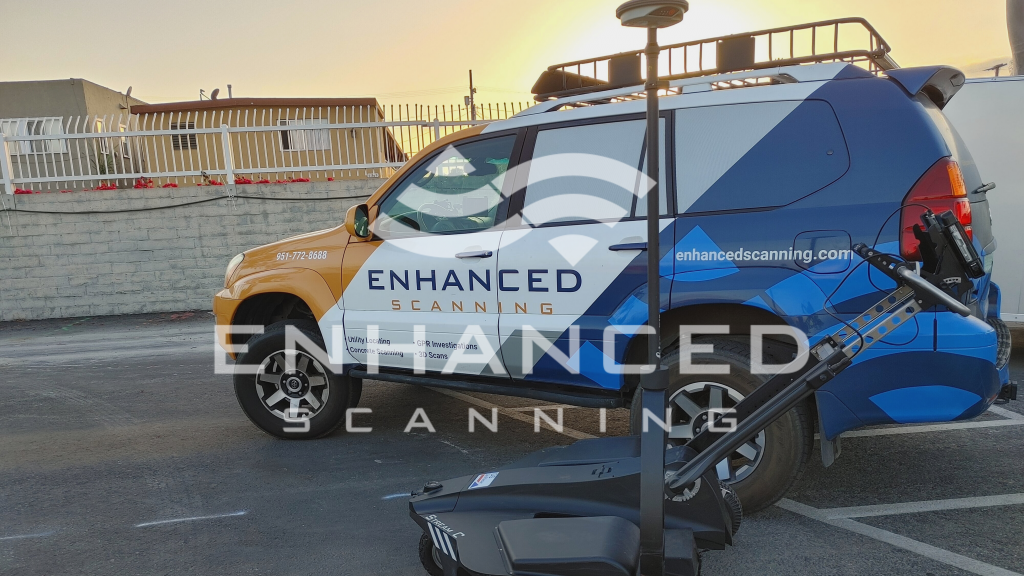 But have you heard about multi-channel GPR arrays?

We’re excited to share the impressive capabilities of this GPR scanning technology.

Traditional single-channel GPR antennas are portable, compact, lightweight, and can fit into tiny spaces. This is perfect for many situations. But what about when you have large, open areas to scan? Or when you need to scan public, highly trafficked areas? Using single-channel GPR can be both time-consuming and challenging when traffic permitting is involved.

Enter the multi-channel array. Basically, this equipment is made up of multiple single antennas all packed into a larger box. They have the equivalent of a dozen to several-dozen single-channel arrays inside, all situated in different orientations to optimize the chances of locating targets.

With single-channel GPR, best practice for a GPR technician is to scan at a perpendicular orientation from an object to most reliably pick it up. With the multi-channel set-up, where the arrays are already arranged in different orientations, the chances of crossing over something perpendicular is much higher.

Additionally, the density of data is much higher with multi-channel GPR. While it still has the same limitations in terms of water, soil conditions, and non-conductive targets, among others, it maximizes what you can see, resulting in higher-quality data overall.

You can also see subtleties you aren’t able to pick up with single-channel GPR. For example, on one site, when we analyzed the data from the multi-array GPR, we were able to see disturbed soil in a straight path, which to us indicated man-made trenches likely to hold plastic pipes. That’s not something we would have been able to recognize using a traditional single-channel GPR.

But How Does it Work?

To operate multi-channel arrays, you either push a wide unit in front of you on foot or mount it to a hitch on a truck and tow it behind you. This is why it’s often called towed GPR.

You read that right. A multi-channel GPR array can be attached to a vehicle. This means exactly what you think it means. You can go much faster and collect data at driving speed. You can even drive it in traffic and collect the data while driving, making it perfect for parking lots and roads. 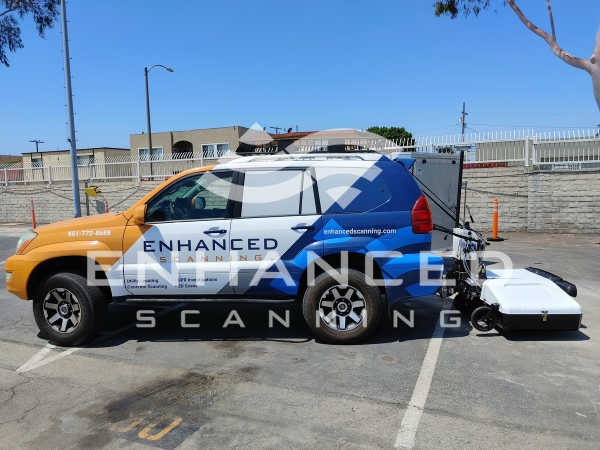 Benefits and Drawbacks to Multi-Channel Arrays for Utility Line Locators

The benefits of a towed GPR array are pretty clear:

There are a few potential limitations to multi-channel arrays depending on the nature of your project. With multi-channel arrays, there are no live interpretation capabilities. We can’t see when a target comes up on the screen. Instead, we have to post-process the data. The good news is, we can often begin the data processing on site from our truck, conditions permitting. Our technicians work fast and efficiently to get you the results as quickly as possible without sacrificing on accuracy.

It’s also worth noting that the main application for multi-channel arrays is for use by a private utility locator (i.e., finding pipes underground). In other words, you can’t use it for concrete scanning or for scanning very small areas.

The setup also takes a bit longer – around thirty minutes (versus five minutes for single-channel GPR) – and the investment is higher due to the more sophisticated technology involved.

Multi-channel GPR arrays are ideal for really large sites. They’re primarily used for streets or parking lots. Since it involves driving a vehicle, it’s important the area is flat. (We can go offroad sometimes, but it’s best to just give us a ring to discuss the particulars of your project).

This GPR scanning technology is perfect for shopping centers or commercial areas since they can be operated in traffic. They’re also frequently used for utility locating in construction since we can cover expansive lots quite efficiently.

The bottom line? If you have a large, flat site that needs a private utility locator – towed, multi-channel GPR arrays are likely the way to go. Enhanced Scanning can help with that. Contact us for more information on which type of setup is right for your project.