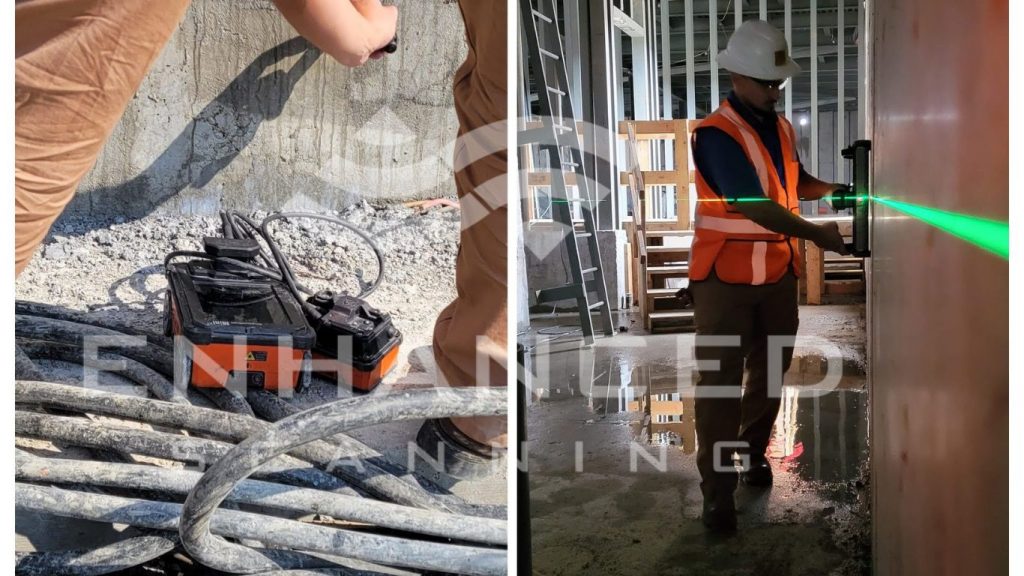 It’s not often we get the chance to perform GPR scanning in Alaska, so we were thrilled when we got a call from our colleague asking if we’d be interested in helping perform concrete scanning in Alaska since she wasn’t available for the project.

Three weeks and one day later, we were on a flight to a concrete military building in central Alaska.

Like most of our throwback stories, this concrete building wasn’t your average poured-in-place concrete structure. No, this military building was meant to guard against HEMP (high-altitude electromagnetic pulse) weapons.

To do that, the concrete building was reinforced with massive steel plates welded onto the 14 to 16-inch-thick walls. This means that, in addition to the typical rebar and reinforcement found in poured-in-place concrete structures, this building had steel plates on the walls, floors, and ceilings for added protection. There was a problem during installation, though—which went undiscovered for several months.

You see, the concrete was poured in Central Alaska in the middle of January, which means the temperatures were -40 degrees fahrenheit, and concrete doesn’t always set well in such temperatures.

Fast forward a few months, the general contractor noticed a void pocket in a couple of places and some areas where the cement mixture had not fully compacted (leading to rock pockets). This was concerning because a concrete building with a lot of rock and void pockets can indicate structural instability.

And for a building as critical as this on a military installation, instability could spell disaster. So, the builder needed someone to come out to perform concrete scanning and help determine how many voids there actually were in the structure. 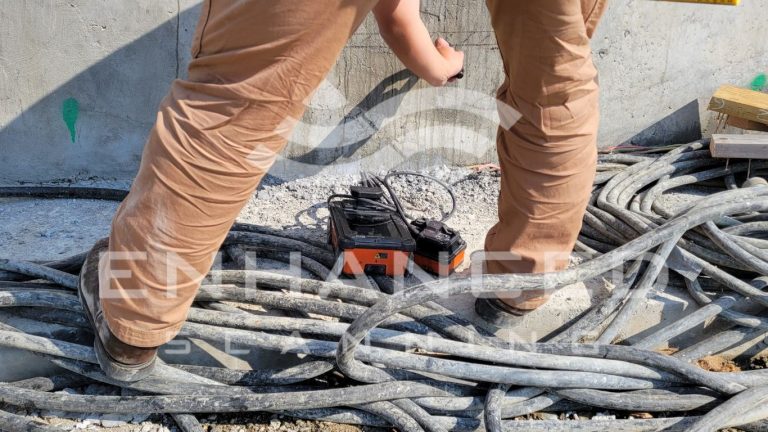 We had more than one customer on this job, as is often the case. There was the Missile Defense Agency, the USACE (Corps of Engineers), a general contractor, and a local engineering firm in Alaska. Needless to say, there were a lot of people looking to us for answers.

We sent two technicians to the job to ensure nothing was missed – and brought out some of our best tools: 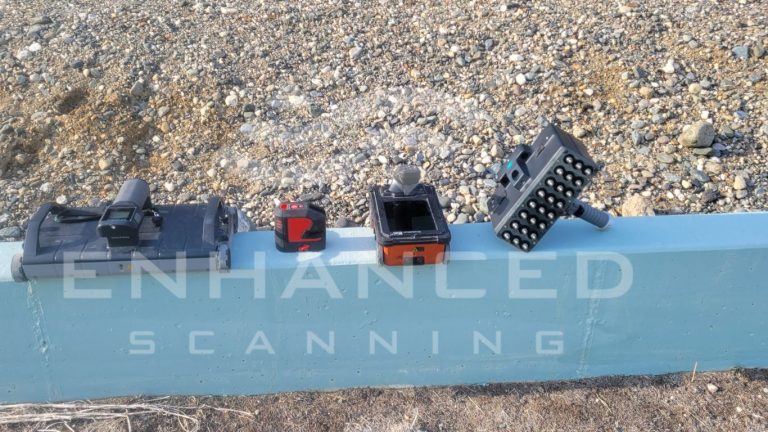 We scanned the designated area and located a few spots of concern. As a result, they extended the search area (to encompass the rest of the building). Again, we found a few places that were of concern and warranted further investigation and destructive testing.

The customer chipped into some of the areas we found, and three of them turned out to be voids that were genuinely concerning, which they were unaware of before performing the GPR scanning. These areas were such a huge concern that they ended up having to do a structural patch to maintain the building’s integrity.

Willingness to Travel is Often Crucial for our Customers

What made this job particularly difficult was the isolated location – we were six hours away from a big city, which was already several hours of flying from the West Coast of the U.S. The customer shared with us that it’s incredibly challenging to find this type of specialty service in their region. They often have to pull in vendors from the lower 48 states to get work like this done – especially if they want the job done quickly. In this case, their go-to service provider, our friend whom we mentioned earlier, was booked out too far, so a peer in the industry trusted us with this referral in her prime market.

In the end, we presented our findings to about a dozen people from throughout the country and were able to deliver the information they needed in a timely manner. It was a pleasure being able to perform concrete scanning in Alaska; such a beautiful, though isolated, location.

When you choose Enhanced Scanning, you’re choosing a company that’s willing to go the distance to get the job done – literally. If you need some concrete scanning in Alaska or anywhere else, contact us today.