An Enhanced Throwback Story: Locating A Tiny Red Dot at a Government Site in Utah 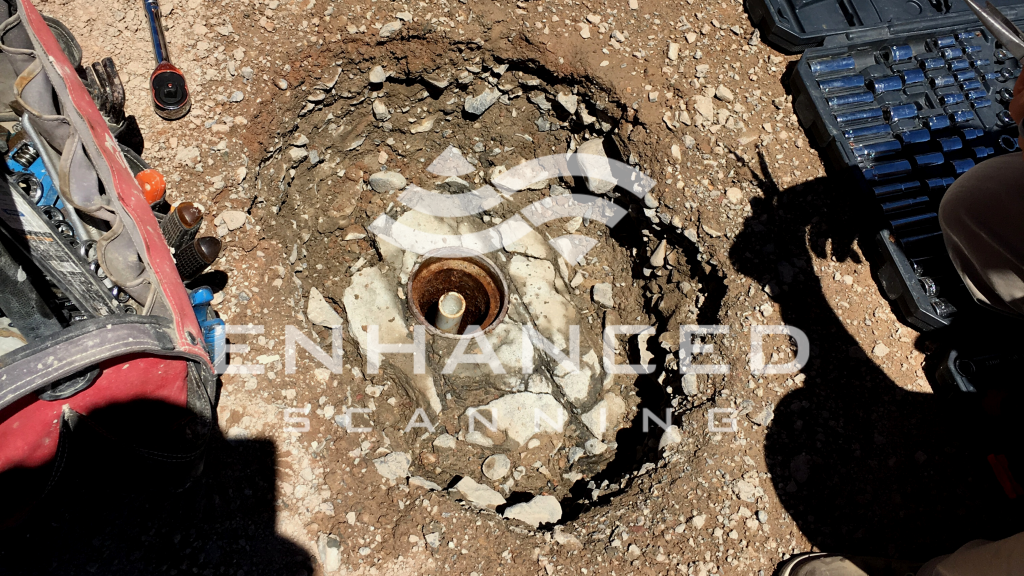 Thanks to our scope of underground scanning services, we get called to work on some pretty serious jobs. We were once hired to do our thing for a very prestigious government facility. The stakes were high, but we came prepared and viewed success as our only option.

But when we found a tiny red dot in the data, we were all a little surprised and confused. What could it be? What did it mean for the property owner?

While we don’t want to give specific details about the customer, here’s what we can say. We received a call from a government facility in Utah. They were razing their entire facility to build a completely new one. As a side note, we didn’t misspell any words. “Razing” is just a fancier term for demolishing.

The government facility was planning to do a lot of earthwork, and they were certain they would hit any pipes or anything else in the ground of their two-acre site if they didn’t locate these underground items beforehand. So, they called us up to see if we could do some underground scanning services for them. We said we would, of course!

However, because it was a well-known facility, thoroughness was key. If they hit something they weren’t supposed to and they had to stop working on the project as a result, it would certainly make the five o’clock news. And that was something they definitely wanted to avoid. No pressure, right?

The Job Details: How We Made Sure We Didn’t Miss Anything

For this job, we decided to use three different tools. Each tool comes with its own pros and cons, but when used in tandem, these three tools are quite complementary:

We started with EM and GPR scanning. We scanned the two-acre lot several times, moving back and forth in different directions to make sure we were as thorough as possible. Then, we went back over everything in large swaths with our soil conductivity meter.

Now, soil conductivity meters are fantastic. They make it possible for us to locate any conductive changes in the soil. This means they can pick up on details like hydrocarbon plumes, contaminants from landfills, leaks from underground storage tanks, and more.

The data captured by the soil conductivity meter looked normal and aligned with what we already found using our GPR antenna and EM pipe locating wand. However, the one difference was a teeny-tiny red spot in the middle of the heatmap. We wondered what in the world it could be.

We grabbed our handheld magnetometer and referenced the GPS to take a closer look at this mysterious spot.

When you do underground scanning for a living, you don’t often see things that you haven’t seen before. It’s very rare to encounter a situation that you can’t explain, yet we had no idea how to explain the red dot. So, we marked the location of the red spot with a flag and  spray paint so that we could easily return to the location.

As it turns out, there was a monitoring well lid that absolutely no one knew about roughly 10 inches below ground. If you’re not familiar, a monitoring well is a pipe that goes straight into the ground. It’s used to take soil samples in areas where soil contamination is a concern, so you can usually find them around gas stations, mechanic shops, and other places where contaminants can easily enter the groundwater.

It looked like the monitoring well had been undisturbed for decades! A state official will periodically take soil samples from the ground and compare them with older, historical samples, which allows them to check for anomalies and fix any problems before they spiral out of control. Someone must have forgotten about this well years ago. 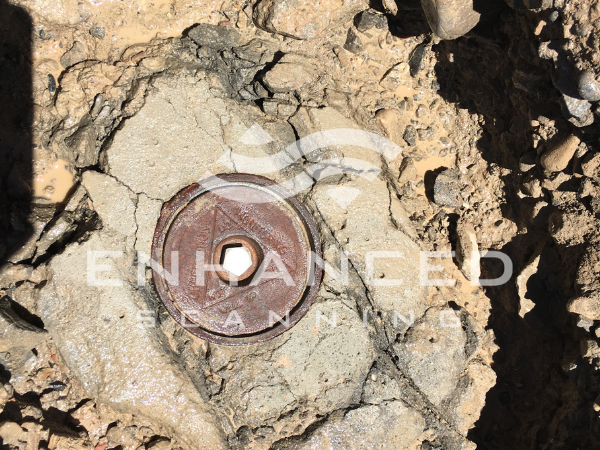 So, we had found a monitoring well that no one knew about! What a crazy find, right? But for the customer, it was much more than an interesting story.

Choosing the Right Tools for the Job to Ensure Thorough Results

Had we just used an EM wand and GPR, we probably wouldn’t have found the tiny, six-inch target on a two-acre site. As for our customers, they were super happy that we found it. If they had hit it during their razing process, the outcome wouldn’t have been dangerous, but it definitely would have been a stop-work event.

Since we were so thorough and used a combination of tools, we helped our customer avoid the hassle of wasted money and time from a stop-work event. That counts as a win in our book.