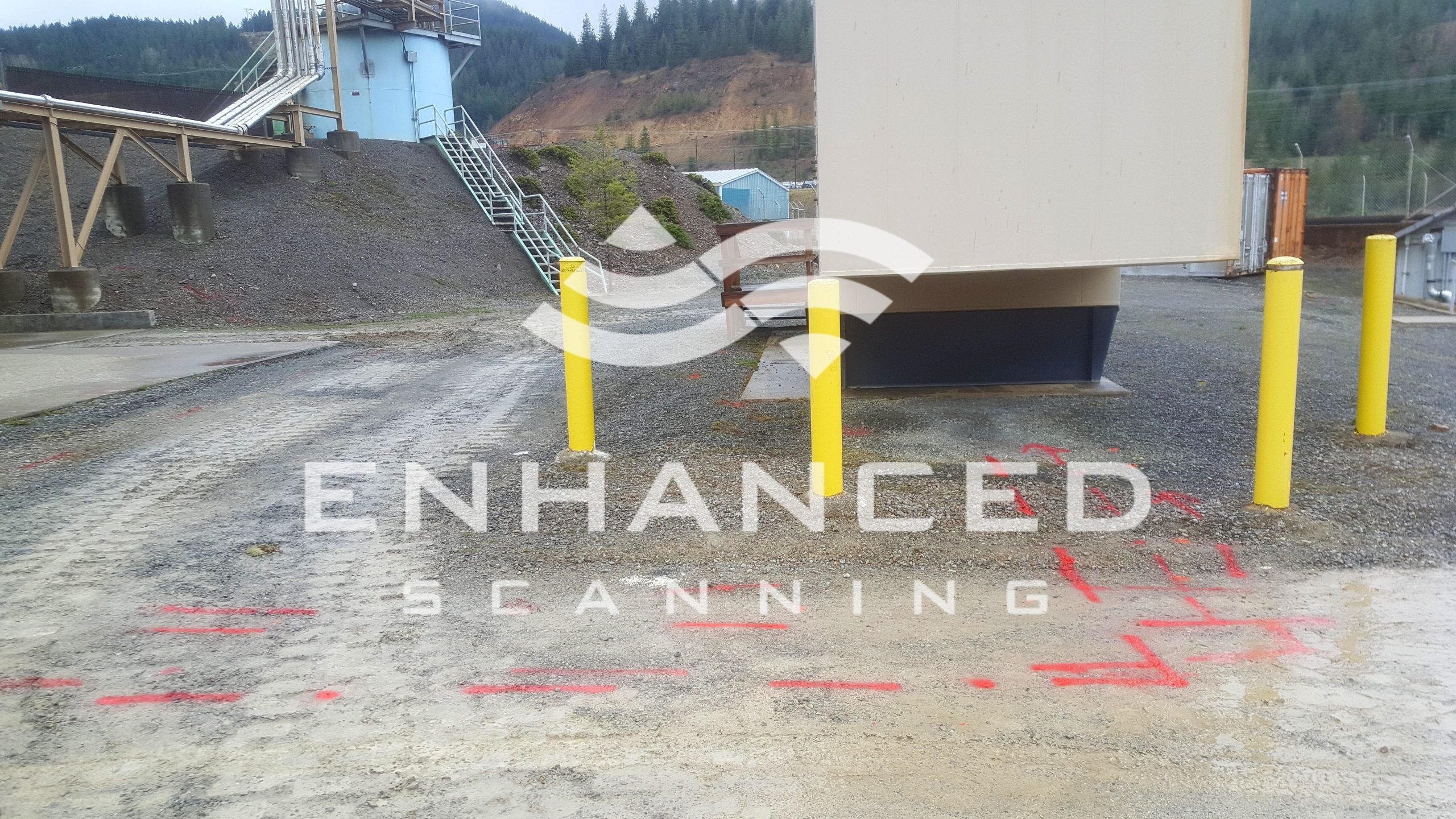 Working at superfund sites isn’t something you want to do all the time. It’s dangerous work that requires precision and focus.

On this job in Kellogg, Idaho, we put our GPR scanning skills to the test in the hazardous environment of a superfund site. Thanks to our precision and attention to detail, we got the job done while keeping the public safe.

What are Superfund Sites?

A superfund site is a location that has been severely contaminated with hazardous waste to the point where it’s dangerous to the health and environment of the surrounding community. The EPA is responsible for identifying and designating locations as superfund sites.

The Comprehensive Environmental Response, Compensations and Liability Act (CERCLA), aka Superfund, grants the EPA the right to direct the clean-up of these contaminated sites and force the parties responsible (mostly processing plants, manufacturing facilities, landfills, and mining companies) for the contamination to perform the clean-up or reimburse the government to do it for them.

For this job, we were called out to the Bunker Hill Mining and Metallurgical Complex Superfund site. The EPA originally budgeted $1.3 billion to clean this site up, but after strong opposition from the community, the parties agreed to a $635 million budget over thirty years.

In 1983, the EPA designated 21-square-miles of Silver Valley in northern Idaho as a superfund site. While locals call it “the box,” the actual name for the area is the Bunker Hill Mining and Metallurgical Complex Superfund site. In 2002, the site was expanded to include the 1500-square-mile Coeur d’Alene Basin, making it one of the biggest, most polluted areas in the country. Mining has been underway in this area since the 1800s, resulting in the presence of dangerously high levels of heavy metals and leading to medical complications for the surrounding community.

One of the heavy metal piles is around three hundred yards on one side and about 60-feet tall, and it sits right next to this river. The EPA’s goal for this project was to stop runoff water from this tailings pile from ending up in the river. To do this, they planned to build a huge underground wall to surround the tailings pile. By our estimate, this wall would be about 80 feet underground, 60 feet wide, and three-quarters of a mile long.

But before they could begin building the wall, the EPA needed to ensure that any underground utilities were located and marked so that the wall could be built safely. Hitting a buried utility line or other target at a superfund site during construction could be disastrous to both the construction crew and the surrounding community.

That’s when they called us in for GPR scanning.

Anytime the ground contains toxic contaminants, special care is required to uphold safety and regulatory precautions. You can’t just blindly dig into the soil and hope you don’t hit anything. Not only will hitting utility lines or other buried items cause delays and increased costs, but you also run the risk of legal complications due to the stringent soil disturbance regulations in place for toxic sites.

So, we needed to tightly control soil and water movement while performing as much non-destructive testing as possible. We also wanted to avoid any unnecessary excavation or exploratory hydroexcavation.

Taking this GPR investigation extremely seriously, we devoted multiple days to meticulously scanning the site, looking for electrical lines, gas lines, and buried targets. We also knew there was an existing 20-inch steel water line that we needed to locate. This water line had been installed to pump water out of mine shafts and down to the water treatment facility, so it was imperative that the crew not hit it.

We chose a few tools from our private utility locating toolbox to do the job, including an EM pipe locating wand and a GPR antenna.

It was wild because there has been buried infrastructure in the area for more than one hundred years! There were so many discarded materials lying around from past eras. There was even an old wooden pipe tied together with steel wire, a type of old plumbing material. 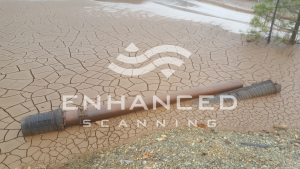 These sightings were just a reminder that the site had been active for many decades, so the possibility of running into abandoned lines was very high, making our thoroughness even more critical.

In the end, we found quite a few utilities and marked them all out, including that 20-inch pipe.

Slow and Steady for Hazardous Sites

In this job, our meticulousness was vital due to the hazardous nature of the project the construction crew was about to undertake. They needed us to locate any and all lines before they could begin to build the underground wall. If we missed anything, there is little doubt they would have hit it, presenting a very dangerous situation. 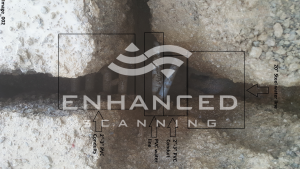 When conducting GPR scanning in environmentally hazardous locations like superfund sites, or in cases when hitting a target could cause a dangerous situation, thoroughness is not only important to create a safe digging situation, it’s key.

At Enhanced Scanning, we take care to be as thorough as possible for every project – even the ones that aren’t EPA regulated. If you need a professional team to perform a subsurface investigation  on your site, contact us today.